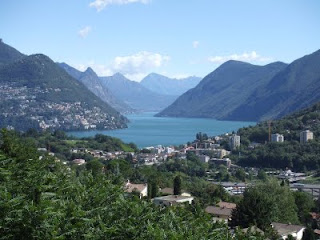 In a recent video clip, I misquoted my own granddaughter. In that video, I said that inspiration for The Unfinished Angel came from my granddaughter Pearl, who told her first story at age two. Her correct story is/was: "Once upon a time in Spain there was an angel and the angel was me." In the clip, I omitted 'in Spain,' an important element in her story and in sparking my imagination.
I was fascinated that she would include 'in Spain.' How could she know what or where Spain was? My daughter explained that she had recently read Ferdinand the Bull to Pearl; that story begins with, "Once upon a time in Spain. . ." I love knowing that. I love the thousands of ways words and stories shape our imaginations.
I was so intrigued by Pearl's one-line story that I repeated it each night, like a mantra, before I went to sleep, hoping my subconscious would find the story. Several times I tried to jump-start the story, but I kept getting stuck on that Spanish element. I have not lived in Spain; I do not speak Spanish fluently; the Spanish angel remained elusive. Then, four years after first hearing Pearl's story (not six or seven years as I said in the clip) (sometimes I cannot add or subtract), my husband and I spent a year in Switzerland, where we had worked twenty-five years ago.
The above photo shows our view in Lugano, Switzerland.
And there I found the angel. I saw where the angel lived and heard how she/he spoke. So: it became a Swiss angel instead of a Spanish one, and once that element was discovered, the story unfolded one scene at a time.
Now, one more error to admit: I also misquoted Pearl on the book's dedication page! Ack! Every other page of the story had been read and re-read and proofread dozens of times. My editor, proofreaders and I are all sticklers for accuracy. There was no way for them to know, however, what Pearl had actually said, so they could not detect my error. I don't know how I made that mistake. It bothers me that I did.
My only defense is this: in the space of three weeks in January--just before I submitted the dedication--four people died: my beautiful brother Dennis; mentor and friend Mary Crist Fleming; and two cherished librarians, Kate McClelland and Kathy Krasniewicz. Their names appear on the same page as my misquoted, brilliant granddaughter Pearl.
Posted by Sharon Creech at 9:05 PM