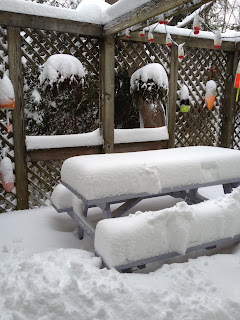 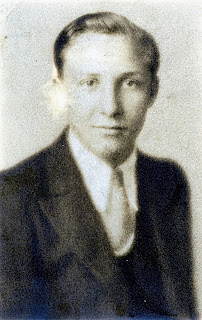 one of the youngest photos of him I've seen

At first I didn't recognize him
because I knew him, of course,
when he was older.

Perhaps this is a high school photo.

Something about it seemed
so eerily familiar.

And then I remembered this photo: 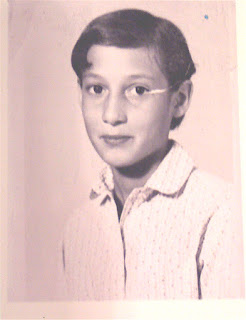 (With thanks to Cousin Harry for my father's photo.) 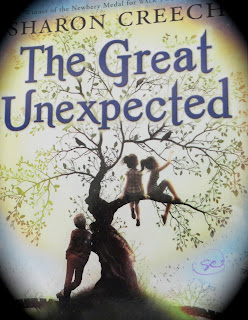 It is not easy to answer the question: "Where did you get the idea for this [or any] book?"  A book is not one idea. It is thousands.

But: What was that very first spark?

Recently–prior to the Sandy Hook tragedy–I attempted to answer that question for an interview about The Great Unexpected:

Aware that so many children are more fearful now than when I was young, I hoped to create a story in which the unexpected could be something great instead of something to be feared.  Two other notions wrapped themselves around this idea. One was how closely the 'real' merges with the imaginary in the lives of young people. Another notion was the intricate connections between people–some obvious and some not. . .
And so evolved this story of two young girls: in whom the real and imaginary merge; who discover intricate connections between people and places; and who learn that the unexpected can be great.

Now, post-Sandy-Hook-tragedy, I am especially mindful of the fear so many of those students and teachers must have felt, and of the fear which the survivors continue to feel.  I wish I could ease it. I hope that 'intricate connections' in their lives will sustain them; I hope that the living and the dead will unite in their minds and hearts; and I hope that one day the survivors will again be able to look forward to the unexpected. 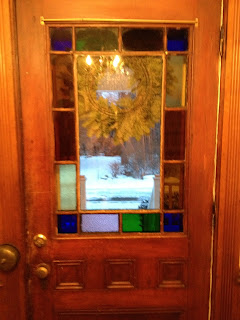 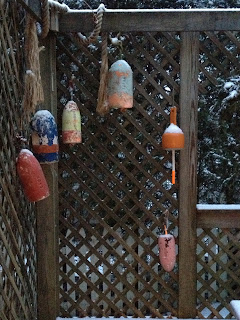 Buoys
out of the water
for the winter

dangling
on the fence
in
Maine

Once I Was Young 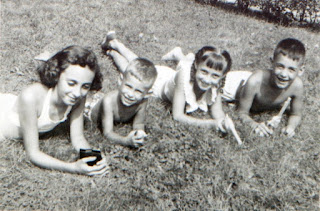 Recently received this pic from my sister
(via a cousin):
me, with three of my four siblings.

Which one am I?

Third from left
with pigtails, bangs
and squirt gun.

Where will you be?