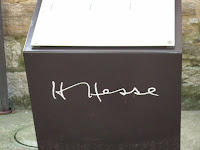 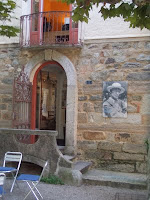 In 2007-08, my husband and I lived in
Switzerland, and it was in the village of Montagnola that I wrote The Unfinished Angel. A photo of the stunning view from that village is at the bottom right panel of this blog.
Each day, as I walked through the village and down the hill, I'd pass Casa Camuzzi, part of which has been turned into the Herman Hesse Museum. Hesse spent much of the latter part of his life living in Casa Camuzzi and, in addition to writing, his interests were gardening, drawing and painting. Often he incorporated his drawings and paintings in letters to friends and family. 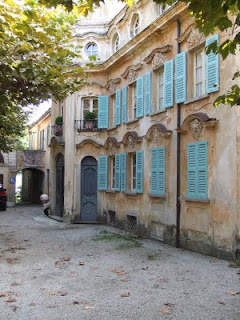 Although Hesse is better known for his writing, I especially enjoy his watercolors and in seeing that he captured so many of the scenes that I took pleasure in on daily walks.  Below are photos of his typewriter and his art materials.  If you're ever in southern Switzerland, you might consider a stop at this museum and a walk through the area. 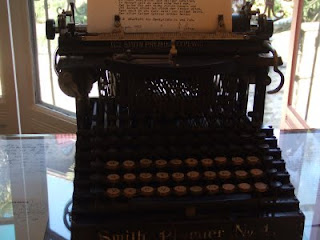 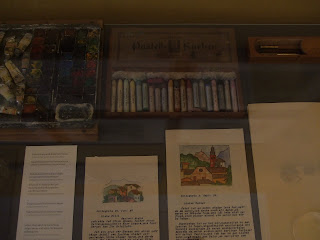 Posted by Sharon Creech at 9:04 PM