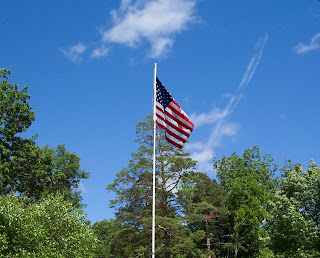 It's a cool (weatherwise) Saturday here on Lake Chautauqua. Neighbors are gathering firewood for bonfires tonight. Later they will line up flares along the beach for the traditional lighting of the flares at 10:00 pm. The tradition is so well-established that there will be a ring of red flares burning at that hour, outlining the shores of this 20-mile-long lake, and fireworks will be blasting from four or five towns so that you can look in any direction and see the bright displays.
We used to sit on the dock to watch . . . until a neighbor's fireworks began pinging us on our heads.
Maybe we will sit up on the porch instead.  Sounds a bit less thrilling but it looks quaint and cozy, mm? Well, yes, it is, except for
the bats . . . 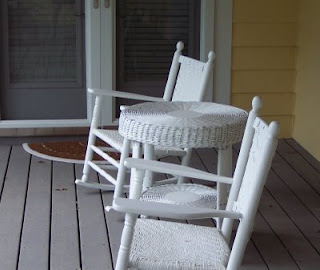 Posted by Sharon Creech at 3:15 PM